Because of the state of the Church building of the Honorable Forerunner, it was necessary to buils a new Church, the “Small Katholikon” of the Holy Monastery, dedicated to the monk-martyr St. Damianos, this was built during the years 2003-2004.

To serve the liturgical needs of the ever-growing community as well as the pilgrims, who visit the monastery in especially large numbers during the summer months, construction began in September of 2003 on a new Church dedicated to the Monastery’s founder, St. Damianos. The Church was built in the area between the “Old Monastery” and the new building complex, such that it acts as the visible connecting link between them.

The Holy Church of the Monk-Martyr St. Damianos, also called the “Small Katholikon” of the Holy Monastery, was consecrated by His Eminence Ignatios, Metropolitan of Dimitriados and Agia, Nun Theodekti being Abbess, on May 28th, 2006 AD.(More)

The Church is characterized by its elegant austerity and wins over the pilgrim with its simplicity and tidiness. The unembellished iconostasis was erected by the Abbess of the Monastery herself. Aside from the basic, required icons has been installed a series referring to the six days of Creation.

The adornment of the Church with holy icons has recently begun, starting with the depiction of the Theotokos Broader than the Heavens in the niche over the altar.

The exterior of the Church is covered in stone for decoration as well as for insulation, while the arches above the windows and doors are accented by simple mosaics modeled on ancient Christian prototypes, work of the nuns of the Holy Monastery. 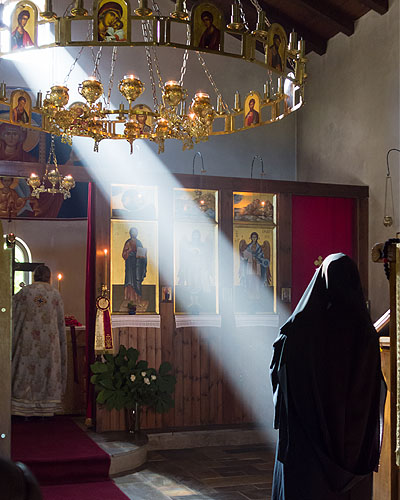 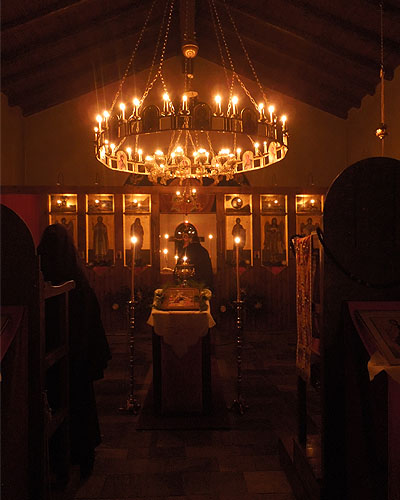 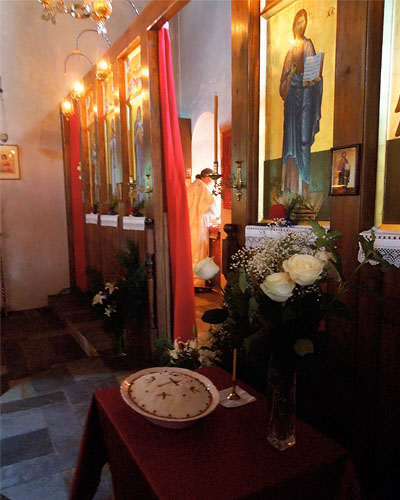 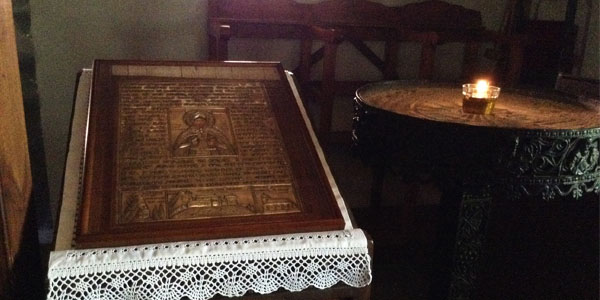 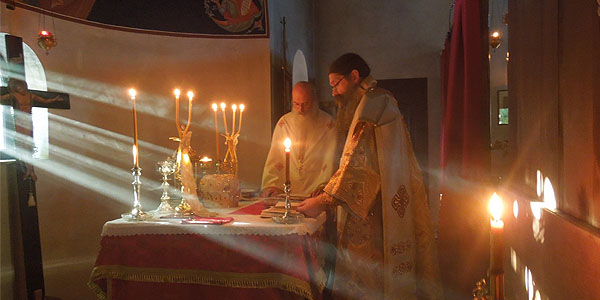 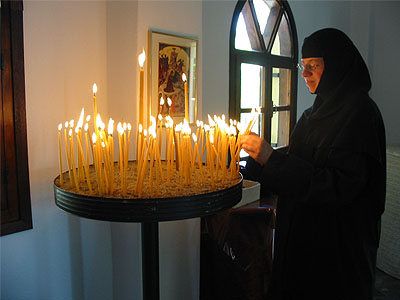 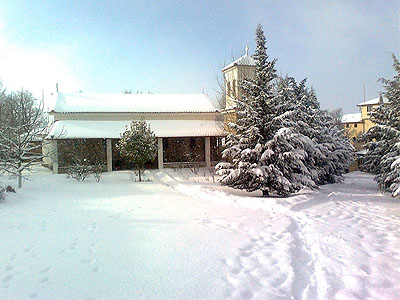